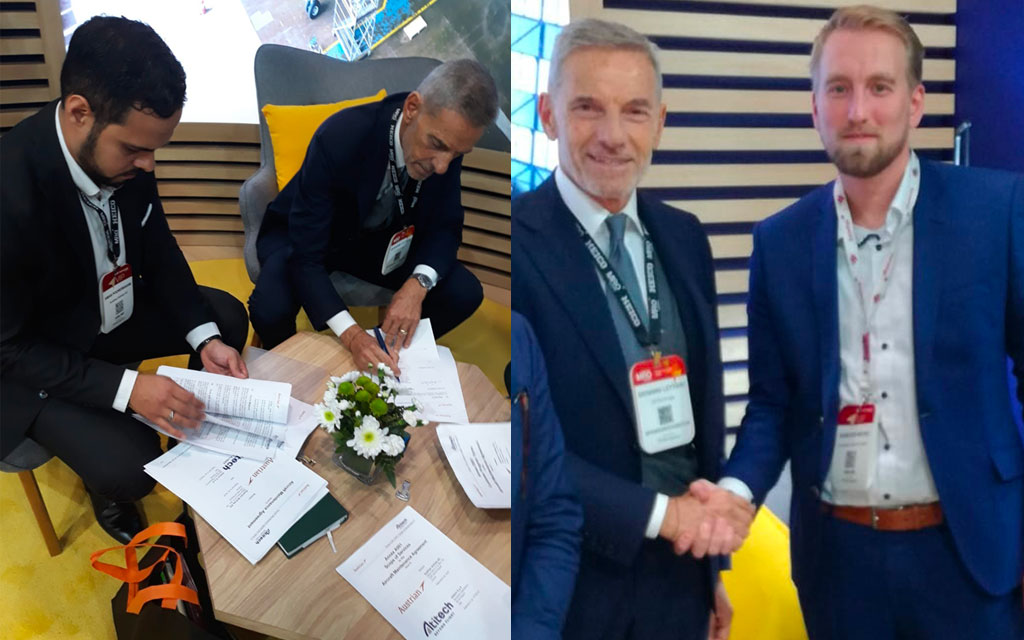 Atitech is the Italian aircraft maintenance business leader, based in Capodichino, Naples, . The company signed two new contracts with European airlines: the German company Eurowings/Germanwings, and Austrian company Austrian Airlines.The beginning of the operation is set on October 28th, 2019. The long-term maintenance contracts were signed a few days ago in London, during the “MRO Europe London 2019”. The international fair for the maintenance, reparation and overhaul of airplanes that takes place in different parts of Europe annually. “Atitech is proud to include two outstanding airline companies among its customers. The high-quality services supply and the competitive prices are at the core of the company growth – claims the President, Gianni Lettieri –. Atitech confirms and reinforces its growth becoming one of the biggest MRO (maintenance, repair and overhaul) organizations, with twenty maintenance lines.

ATITECH
Atitech spa is among the first aircraft maintenance companies worldwide. Also, it is the first business in the city of Naples for the number of employees (over 650 work units, including the indirect ones) and turnover (70 million euros in 2019).They maintained two hundred and seventy airplanes in one year: 210 heavy maintenance and 60 light maintenance. The company has 5 hangars, with a bay exclusively designed for airplane painting, as well as, they have carried out more than 1.000 checks in Capodichino. Atitech, led by Gianni Lettieri, from 2009 until today, has quickly enriched its customers portfolio, proposing its services to the majority of the biggest airline companies of the EMEA territory. The company provides maintenance, painting, high-tech inspections and logistic support.