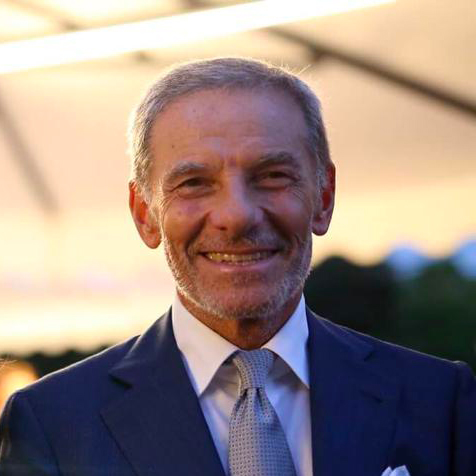 Gianni Lettieri is an entrepreneur and business executive, currently the President and CEO of Meridie S.p.A., which he founded in 2007. Meridie S.p.A. is the first listed investment company in Southern Italy (Miv segment of Borsa Italiana until 2017).

Gianni Lettieri was born in Naples in 1956. After receiving his high school diploma, he continued his studies by enrolling in the faculty of Business Economics. At the same time, he started working as a Commercial Director for a textile company in La Spezia.

Given his experience in the field, in 1979 he decided to found a company specializing in fabrics, dyeing and finishing, based in Casandrino and Monza. The positive results achieved in just ten years, led him to start the first European company manufacturing the special “denim-ring” fabric, which opened the doors to the US market. He also appeared on an international magazine, whose cover was entitled “Giovanni Lettieri selling Denim to the Americans”. In 1992, he acquired Manifatture Cotoniere Meridionali, managing to win a public auction in which two other historic and successful entrepreneurs from northern Italy participated. Three years later, he set up a joint venture with the Indian company Raymond Group, founding Raymond Calitri India, the first denim manufacturer in India.

From 1992 to 1997 he was a Member of the Board of Directors of EDIME (Il Mattino di Napoli newspaper). In 2000 Gianni Lettieri was appointed President of the Unione degli Industriali della Provincia di Avellino. Since 2004 he held the same position at the Unione di Napoli, where he was appointed again for a further two-year period, thus becoming the only President to hold the role for a total of six years. He was also Member of the Southern Italy Central Commission of Confindustria Nazionale, and the Consultative Committee of Fondo di Promozione del Capitale di Rischio per il Mezzogiorno NHS Mezzogiorno SGR APA. After almost 30 years in the textile industry, he decided to focus on renewable energy and founded CO.S.ER. Srl, a company specializing in the field of energy production from renewable sources, in particular wind and photovoltaic energy. In 2007, he entered the financial sector by founding the investment company Meridie S.p.A. The following year, under Gianni Lettieri’s leadership, Meridie S.p.A., established MEDSOLAR S.p.A., a start-up company in the green energy sector. He later acquired and became president of Atitech, a leading company in the maintenance of civil and military aircraft. Based in Naples, in 2015 the Italian company carried out the acquisition of the Alenia plant in Capodichino.

From 2008 to 2010 Gianni Lettieri was a Member of the Il Sole24Ore S.p.A.’s Board of Directors, while from 2018 to 2019 he held the role of Vice President of BusinessMed, the Union of Mediterranean Confederations of Enterprises. In 2011, the University of Naples “Parthenope” awarded him an honorary degree in Law, with a specialization in “Administration and business law”. Gianni Lettieri received other awards throughout his career. He was awarded, indeed, the Mediterranean Award “Economics and Business” by the Fondazione Mediterraneo, which recognized his work as President of the Unione degli Industriali di Napoli. Under his leadership, a work was carried out to enhance industrial excellences in the Mediterranean area, contributing to increasing wealth and employment in Southern Italy and meeting the challenges arising from the new international markets. In 2008 he received the Guido Dorso Award (29th Edition) for his tenacity in removing obstacles to the development of southern Italy. The prize was awarded by the President of the Italian Republic during a ceremony held in the Senate of the Italian Republic. He was awarded as well the Cuore d’Oro Award (2010-2011) by Center Angels, and the Masaniello Award (2009) by AIGE, the European Youth Information Association.

As part of the institutional positions he held over the years, Gianni Lettieri promoted several initiatives to support companies, help young people and fight crime. Among these, the “pact for legality” to combat extortion, the memorandum of understanding with the Italian Ministry of the Interior (aimed at managing the companies seized from the camorra crime syndicate), the memorandum of understanding with ABI (trade association of Italian banks) for an initiative to suspend mortgage payments, and the “Small entrepreneurs” prize for secondary school students.

Currently Gianni Lettieri maintains his role of President and CEO of Meridie S.p.A., an investment company from Southern Italy, which he founded in 2007.